Where are they and what are they doing today? 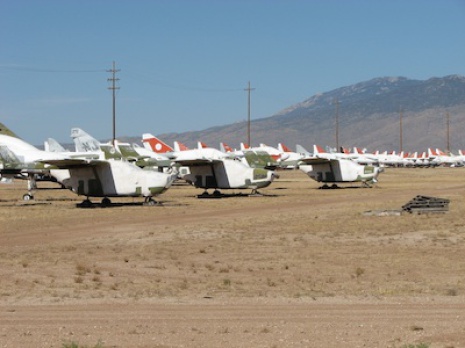 Three of the ten O-2As in storage at Davis-Monthan AFB in June 2013. (There are currently 7 there.) (My photo)

That leaves about 200 airframes to account for. Of those:

5 are registered in other countries, 3 in Australia (and "good on 'em" as there were Australian O-2 FAC's in the SEA conflict) two in Canada (not counting N-registered airplanes that happen to live in Canada), one in the Czech Republic, and one is a recent arrival to the Netherlands (I had the pleasure of meeting the owner/pilot at Airventure 2013.)

There are 82 aircraft registered by the FAA as either O-2A or M337B (Cessna’s designation for the Military variant of the C-337B). Of those, 20 registrations have expired, leaving 62. That number is imprecise. Some of the expired registrations are due to the FAA being less than speedy in processing the registration renewals required every three years. Other aircraft may have current registrations, but are not flying or airworthy, the owner keeping up the registration in the hope that it will someday fly again. Altogether, estimates are that there are less than 50 O-2As flying (and only one O-2B.) That O-2B came to Oshkosh this year (2021), N446TF/Ser#67-21446. It is owned by a retired USN CAPT and looks beautiful.

So where are they? What are they doing? What happened to the other hundred?

Here is a quick update as of October 12 2014. With some help from contributors to this website and deep diving into the FAA records, I have some numbers for 1967 (the year 424 was delivered)

55 were lost in Southeast Asia: 32 were shot down, 13 were other combat losses (like getting hit by artillery on the ground); 10 were lost due to accidents or mishaps

3 are on the Australian civil registry

2 are on the Canadian civil registry

If my math is right that leaves 45 with whereabouts unknown. The search continues...