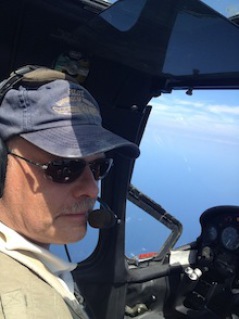 I have been a pilot since June of 1984, courtesy of the Army Flying Activity (Aeroclub) at Fort Knox, Kentucky. I have been a lifetime fan of all things aviation, coming by this naturally as the son of a Captain with American Airlines. Since my youth, I was also a fan of cavalry and armor, and wound up joining the Army, instead of the Air Force. The opportunity, time, and finances necessary to become a pilot did not all come together until the after my first tour of duty in Germany, while I was assigned to Fort Knox, Kentucky for the Officers Advanced Course. I passed the private pilot check ride while on leave between the end of the course and reporting back to Germany for my second tour. Duty as a cavalry officer left little time to exercise my new ticket. I found time and opportunities when and where I could. This included three or four flights at military aeroclubs and some glider experience through a German glider club. There was also some very unofficial time with the cavalry squadron’s instructor pilots in AH-1’s and OH-58’s.

After 5 ½ years, I got back to the United States and tried to make up for lost time. I joined the Civil Air Patrol and quickly earned qualifications as a search and rescue mission pilot and counter-drug pilot. I also found the time to earn my instrument and commercial ratings, before being deployed to Operation Desert Storm.

Upon my return, I bought my first airplane, a 1975 Piper Cherokee Warrior, became a CFI and eventually became an Instructor Pilot, Standardization and Evaluation Officer, and Chief Check Pilot for the Civil Air Patrol, and in my (before children) free time, became operations officer of the very aero club I where I had learned to fly.

Between the Army, family, the first Iraq war, and CAP, I managed to get a Master’s Degree in training and development. My 1992 thesis was about using desk-top based flight simulators in private pilot education. Just for reference, 1992 was a 128k world, and then-current version of MSFS was version 4, looking like this: 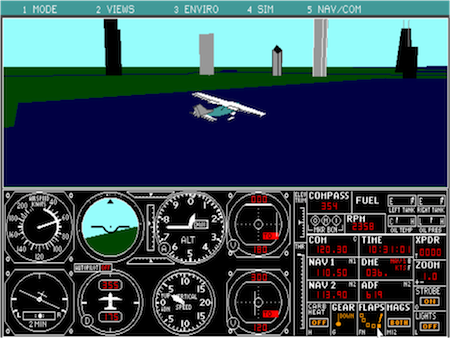 Yes, that is supposed to be a Cessna 172 flying over Lake Michigan to land at Meigs Field in Chicago.

I left active duty in 1992 in the Army’s post-cold war going out of business sale. I stayed active in the Army Reserve and became more active in the Civil Air Patrol. I earned my multi-engine and ATP ratings, foolishly became an airline pilot in 2001 with a now extinct regional airline, was furloughed right after 9-11, and returned to active duty in the Army. Somehow, between duty at Fort Knox, Germany (with side trips to the Balkans), Iraq, the Pentagon, West Africa, and back to the Pentagon, I stayed madly in love with my wife, have three sons, and owned three different airplanes before I retired from the Army in 2009. I was then given an offer that I couldn't refuse (literally!) and went back to the Pentagon as a DoD civlian, conyinuing work on one special project of mine while I was on active duty. I retired again from Pentagon in 2019, just in tme to watch the world (and work opportunities) lock down with COVID.

Airplane #1. Still a soft spot in my heart. This is the airplane that taught me the joy of flight. I sold it to someone who, together with his wife, give it the tender loving care it deserves. 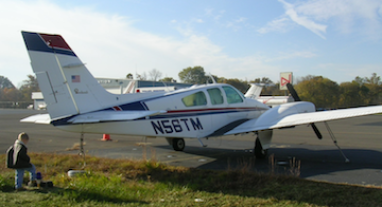 Airplane#2: Actually my father’s airplane. He gave me custody of it to build multi-engine experience and then it came to my legal possession upon his going west. It cost more to get it ready for sale (closing the estate) as I got from the sale. Fast, mane 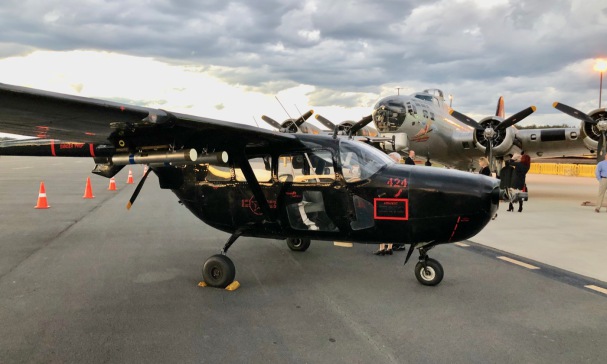 Today: What this website is about: O-2A N424AF. Parked with the EAA's B-17, "Aluminum Overcast," at our home field in Manassas